Posted on May 30, 2012|Posted in News|Tags teaching |Leave a comment

With a photo of Jimi Hendrix as cool as this, I don’t even need a reason to post it… I had a good time helping out the orchestra at Memorial High School this week. They were preparing for a concert that included some pop and rock songs.

We spent most of our time on a good arrangement of “Purple Haze.” The students sounded great and one of the of the violinists played a nice solo. I’ve spent so much time trying to figure out how to play rock on the violin; it’s nice to be able to pass on the knowledge. 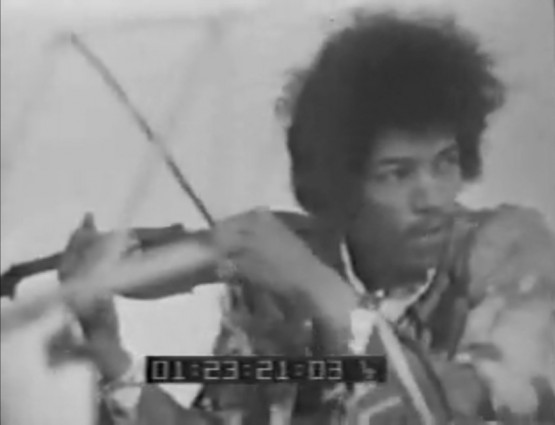