Posted on November 12, 2011|Posted in News|Tags shows |Leave a comment 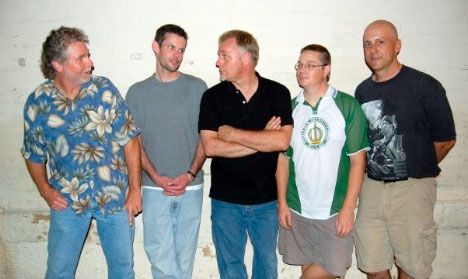 I’ve been playing some shows lately with the band Emmettville. Described as Alt-Country-Soul, the tunes are fun to play and easy to like. (Check out “My Melinda” on my “listen” page.)  I’ve worked with all the guys in the band for a long time. Jay Moran (above, center) leads the band and does all the writing. I used to join Jay and Phil Lyons, bass, (above, far right) on shows with their band, the O’Bros. Drummer Bert Schoville (between those two) and I used to play together for a band called Common Faces. We were the hired extras (The Blue-Collar Crew!) for their live shows.  I survived riding along with Robert, who at the time didn’t even have a US license, on the Autobahn. (This was before cell phones took videos, otherwise we’d have a gem.) Tom Dehlinger (above, left) makes everything sound big on guitar and steel.

Dave Adler (on keys, below) has been on the shows this summer. Dave just released a book on rock keyboard playing for Hal Leonard. You should get it! 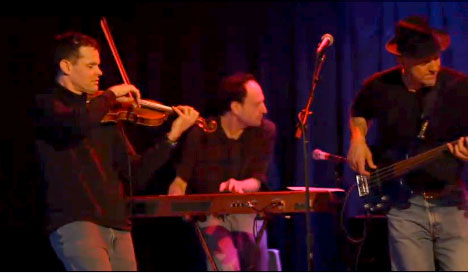